Dubbed the “queen of clean comedy,” Chonda is thrilled with the opportunity to check off yet another important box on her ever-growing list of career "to do's."

Her latest DVD release is I’m Kind Of A Big Deal (Provident Music Distribution). Formatted as a zany,

90-minute “audio tabloid,” the comedienne covers hilarious topics such as striking fear in the heart of the Taliban on her trip to Afghanistan to entertain the troops, the wonder-working miracle of lard and her memoirs as a Hollywood star. You can see a preview clip of the DVD by clicking here!

Chonda’s fresh approach to clean comedy has birthed a unique franchise. Four DVD titles have already been certified gold, with three platinum certifications. Chonda is also the author of six best-selling books — her latest is Laughing In The Dark (Simon & Schuster) — and winner of the 2009 “Comedian of the Year” Visionary Award. With her own CMT-TV comedy special, “This Ain’t Prettyville,” and regular guest spots on XM and Sirius satellite radio, Chonda’s popularity has ushered in more visible media appearances, such as her stop on ABC's "The View." 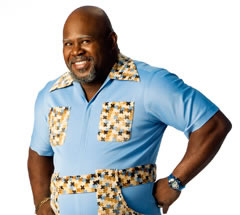 Co-hosting with Chonda on the Dove Awards telecast, to be filmed at the historic Fox Theatre in Atlanta, will be fellow comedian David Mann — best known for creating the character of Leroy S. Brown, star of Tyler Perry’s popular “Meet The Browns” television series as well as a familiar face in the “Madea” movie series.

The program will also include exciting musical performances by major and emerging Christian artists, including Natalie Grant, Mandisa 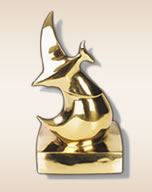 , Jason Crabb, Lecrae, Kari Jobe, Danny Gokey, Donnie McClurkin and the Isaacs.  The Dove Awards take place at the historic Fox Theatre in Atlanta on April 19 and will be nationally televised on GMC TV on April 24 at 8 p.m. EST. Tickets for the live event may be purchased at www.ticketmaster.com.