They are also the first major video releases to feature GVB members Adam Crabb and Todd Suttles, whose talent is showcased well here, along with veteran members Phelps, Gaither and Wes Hampton. 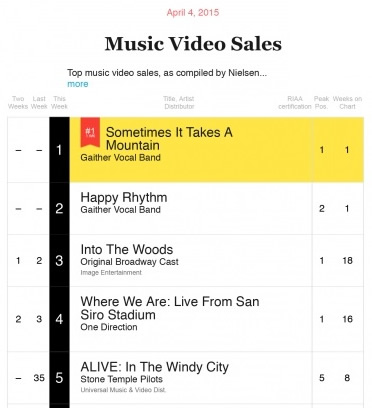 The setting for the DVD taping was a barn on the property of country/bluegrass duo Joey + Rory, an intimate, rustic setting just south of Nashville in Columbia, Tennessee. Between the two DVDs, all 14 songs from the CD Sometimes It Takes a Mountain are included, as well as 18 additional songs, plus behind-the-scenes interview footage with the GVB members and guest performances by the Isaacs, Goodman Revival, Charlotte Ritchie and the Nelons.


Sometimes It Takes a Mountain and Happy Rhythm are available at Gaither.com and other outlets.