TAGS
George Jones   George Jones Museum
In April, many of country music’s biggest stars turned out for the grand opening of the George Jones Museum in Nashville, celebrating the life and work of the iconic singer. Among those walking the red carpet were Naomi Judd, Ricky Skaggs, Lee Greenwood, Moe Bandy, T. Graham Brown, John Rich, T.G. Sheppard and more. The grand opening corresponded to the second anniversary of Jones’s passing on April 26, 2013.

At more than 44,000 square feet, the new museum features displays of memorabilia and photos, video displays and interactive experiences, all in tribute to a musical legacy spanning more than 50 years. George’s wife Nancy, who put years of effort toward the museum’s creation, says, “I was so touched to see how all of George’s friends came out tonight. George always thought he didn’t have any friends and he’d tell me to build a museum but no one would come. Well, here we are, and everybody came!” 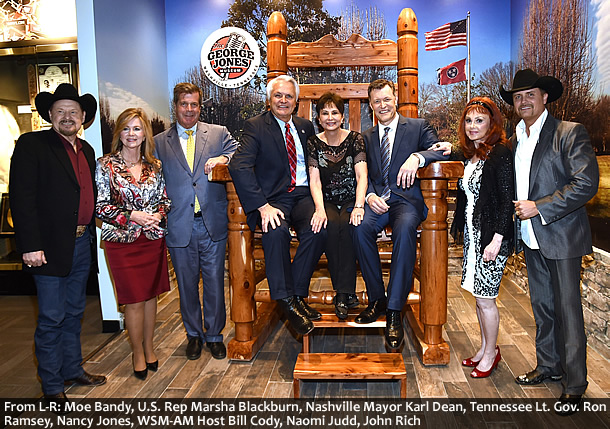 Photos courtesy of Rick Diamond/Getty Images.
ABOUT THE AUTHOR