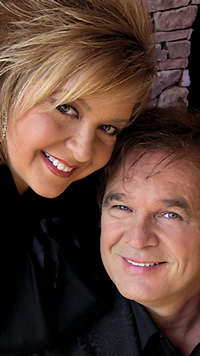 Homecoming friends Jeff and Sheri Easter are scheduled to appear on the Grand Ole Opry on Saturday, August 4, for two shows at 7 and 9:30 p.m.

The popular couple will be premiering songs from their upcoming release, Eyes Wide Open (Spring Hill Music), which will hit stores on September 18. They will be performing with other artists, including Carrie Underwood, Little Jimmy Dickens, Jeannie Seely, Jim Ed Brown, Jean Shepherd, Bill Anderson and many others. “Jeff and I feel so at home at the Opry,” says Sheri. “We both grew up in families of bluegrass gospel artists, so we made a lot of longtime friends over the years, many of whom are part of the Opry family. It always feels like coming back home when we’re there.”

Jeff adds, “Our music has always been country; our lyrics have always been gospel; and we love to sing love songs to each other; so stylistically, we fit in well with not only the Opry artists, but also the Opry fans.”

Jeff & Sheri's performances now include the contributions of their three children, Madison, Morgan and Maura Easter, and drummer Landan Smith, as well as daughter-in-law Shannon Easter, as they share a love of Jesus through their music. The Easter children each add dimensions to the show – vocally, musically and even with uplifting comedy. 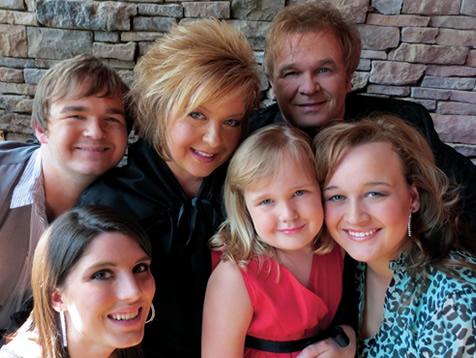