A kindergarten teacher was observing her classroom of children while they were drawing. She noticed one little girl who was working diligently, and asked what she was drawing. The girl said, “I’m drawing God.” The teacher paused and said, “But no one knows what God looks like.” Without missing a beat, the little girl replied, “They will in a minute!”
~~~~~~~~~~~~~~~~~~~~~~~~~~~~~

Eight year-old Eddie was talking to his teacher about whales. The teacher said it was impossible for a whale to swallow a human because, even though it was a very large mammal, its throat was very small. Eddie stated that Jonah was swallowed by a whale. Irritated, the teacher restated that a whale could not swallow a human; it was physically impossible. Little Eddie said, “When I get to heaven I’m gonna ask Jonah.” The teacher asked, “What if Jonah went to hell?” Eddie replied, “Then you ask him.”

I have always been a fan of Art Linkletter’s “Kids Say The Darndest Things.” Here are some “kid” answers to some of life’s toughest questions, sent in by a couple of my regular contributors, Earl Frye and Melvin Earley.

How do you decide whom to marry?
No person really decides before they grow up who they’re going to marry. God decides it all before, and you get to find out later who you’re stuck with. — Kristen, age 10

What do you think your mom and dad have in common?
Both don’t want any more kids. — Lori, age 8

What do most people do on a date?
On the first date, they just tell each other lies, and that usually gets them interested enough to go for a second date. — Martin, age 10

How would the world be different if people didn’t get married?
There sure would be a lot of kids to explain, wouldn’t there? — Kelvin, age 8

How would you make a marriage work?
Tell your wife that she looks pretty, even if she looks like a dump truck. — Ricky, age 10

These kids were asked questions about the Old and New Testaments. Their answers have not been retouched or corrected.

•   Moses went up to Mount Cyanide to get the 10 Commandments.

•   The first commandment was when Eve told Adam to eat the apple.

•   The seventh commandment is Thou Shalt Not Admit Adultery.

•   Moses died before he ever reached Canada. Then Joshua led the Hebrews in the Battle of Geritol.

•   It was a miracle when Jesus rose from the dead and managed to get the tombstone off the entrance.

•   The epistles were the wives of the apostles.

•   Christians have only one spouse. This is called monotony.

•   Lot’s wife was a pillar of salt during the day, but a ball of fire during the night. 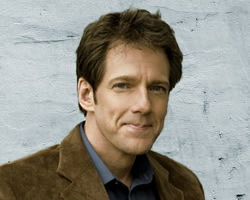