The Nipper of Sycamore Figs

If I had to choose a country artist from the Bible, I would choose Amos the prophet. I am not suggesting that he went around with a fiddle or guitar proclaiming his message, or that he ever attempted to express his story in lyrics, but his preaching seemed to embrace many of those qualities that characterize authentic country music. His message was simple and inspiring. He used emotionally driven expressions to communicate his truth. He had a rural twang in the powerful and descriptive language he used. The herdsman from Tekoa, who called himself  “a nipper of sycamore figs” (a very humble occupation) would probably have been well received if he sung his country songs in the south where he was born, but God called him to go up to the north to the kingdom of Israel, where his country music was not appreciated by the majority of sophisticated doctors, lawyers, educators, politicians and religious leaders of the big city. His audience was made up of those “who recline on beds of ivory and sprawl on their couches, and eat lambs from the flock and calves from the midst of the stall, who improvise to the sound of the harp, and like David have composed songs for themselves, who drink wine from sacrificial bowls while they anoint themselves with the  nest of oils...” (Amos 6:4-6) To this audience Amos was to sing his country song! Can you picture this country boy addressing the big-wigs with lyrics like these? “Hear this word, you cows of Bashan”(Amos 4:1); “The Lord God has sworn by His holiness, ‘Behold the days are coming upon you when they will take you away with meat hooks, and the last of you with  fish hooks.’ ” (Amos 4:2) What did they know of meat or fish hooks? That is country talk! “Alas, for what purpose will the day of the Lord be to you?....As when a man flees from a lion and a bear meets him, or goes home, leans his hand against the wall and a snake bites him” Bears? Lions? Snakes? These are realities to which they are strangers. (Amos 5:18,19) “I will shake the house of Israel among all nations as grain is shaken in a sieve...” (Amos 9:9) I am quite sure they purchased their grain in the marketplace. “Just as the shepherd snatches from the lion’s mouth a couple of legs or a piece of an ear, so will the sons of Israel dwelling in Samaria be snatched away.” (Amos 3:12) My guess is, none of them had ever witnessed the shepherd’s loss as he attempted to rescue a sheep of his  flock.

I suppose one of the great lessons of the life and ministry of Amos the prophet is that God is not limited to a particular field of usefulness when He chooses to minister through one of His children or any of the gifts He has given to them. I am sure, on the low level of earth, that it did not seem logical for Amos to receive God’s call to put the message of the Lord in rural language and then deliver it to those who were more comfortable with different genres. Yet, that is exactly what God did. We must not limit God. God may not call the educated to deal with educated people; He may use Jews to minister to gentiles; the elderly to minister to the young; the poor to minister to the rich; the healthy to minister to the sick, or the weak to minister to the rough. He is free to use any instrument in any place. This “rustic renegade from the rural regions,” as Howard Hendricks calls Amos, did not have the slightest clue that God would use his country music way up in the north. We must not think that country music will only minister to country music lovers. In the sovereignty of the Lord, He may decide, as He did in the life of Amos, to bless some talent in an unpredictable place.

Country music, in the simplest way, carries a message to the heart. The refrain, in all the songs of Amos (all 16 verses: eight announcements of judgment in the first two chapters; three sermons on judgment in the next four chapters and five visions of judgment in the final three chapters) is found in chapter 5:24, “Let justice roll down like waters and righteousness like an ever-flowing stream.” Good country music communicates a powerful message. Amos is my choice of a great country artist. The final verses of his book are the bridge from judgment to blessing. 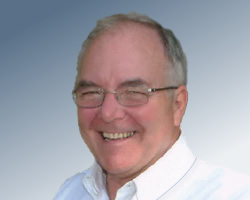