TAGS
The Perrys   Tracy Stuffle   Christian Voice
The Perrys were pleased to announce in May that veteran bass singer, emcee and Perrys manager Tracy Stuffle was named Christian Voice’s Living Legend for 2015, joining previous honorees Ronny Hinson, Mark Lowry, Tim Riley and Jeanette Cook, among others. When he found out he had won, Tracy was very excited and expressed his heartfelt gratitude to those who have supported the Perrys and have  prayed for Tracy’s continued recovery following a major stroke and five brain bleeds in January 2013. This year, Tracy celebrates 30 years as the bass vocalist for the Perrys, having joined in 1985. Along with his wife Libbi and fellow group members, Tracy continues to perform each night, spreading the word of God’s faithfulness and healing in his life. 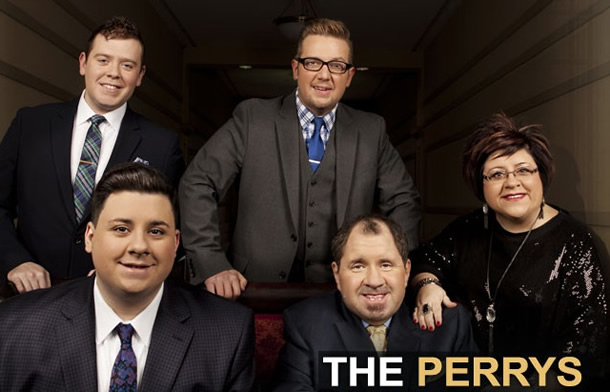