"We Bought a Zoo" Movie

Now released on DVD, the film We Bought a Zoo is based on the life of adventurous newspaper writer Benjamin Mee (played by Matt Damon). After losing his wife to cancer, Mee needs a fresh start with his two children, so he decides to spend his life savings on a new adventure--he buys an old, rambling house in the country, a place which just "feels right" to him.  The catch--and it's a big one--is that there is a dilapidated zoo attached to the deal, complete with 200 exotic animals.  The story is a look at the struggles this widowed father faces as he takes on the challenges of raising his children, restoring the zoo premises and giving new hope to the eclectic remaining zoo employees who are passionately dedicated to caring for the animals.

By turns funny and stirring, the movie is a classic fish-out-of-water story that thrusts a family into a place they know very little about. It brings viewers "backstage" into the inner workings of a zoo, with some great scene-stealing moments by the animals. The Mee children get to experience the fantasy of having a zoo in their own backyard, and the lions, tigers and bears (oh my!) become part of their extended family.

Although this is not a purely faith-based film, the movie presents plenty of themes relevant to Christians, such as sacrifice, hope and love. Benjamin Mee's love for his children and his continued courage and determination through all kinds of trials are inspiring.

Rated PG for language, the DVD version of the film features a family-friendly audio track that can be selected in the DVD menu. This specific version has been awarded the Dove Foundation's "Family Edited" Seal for ages 12 and over. 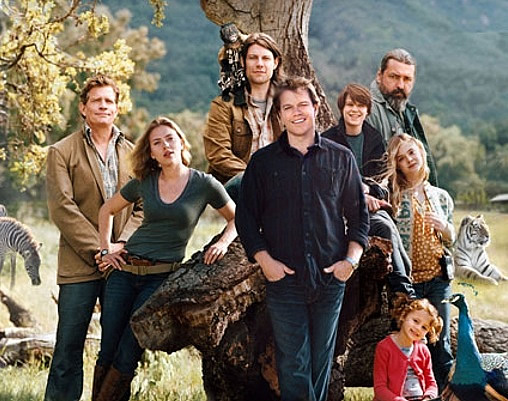